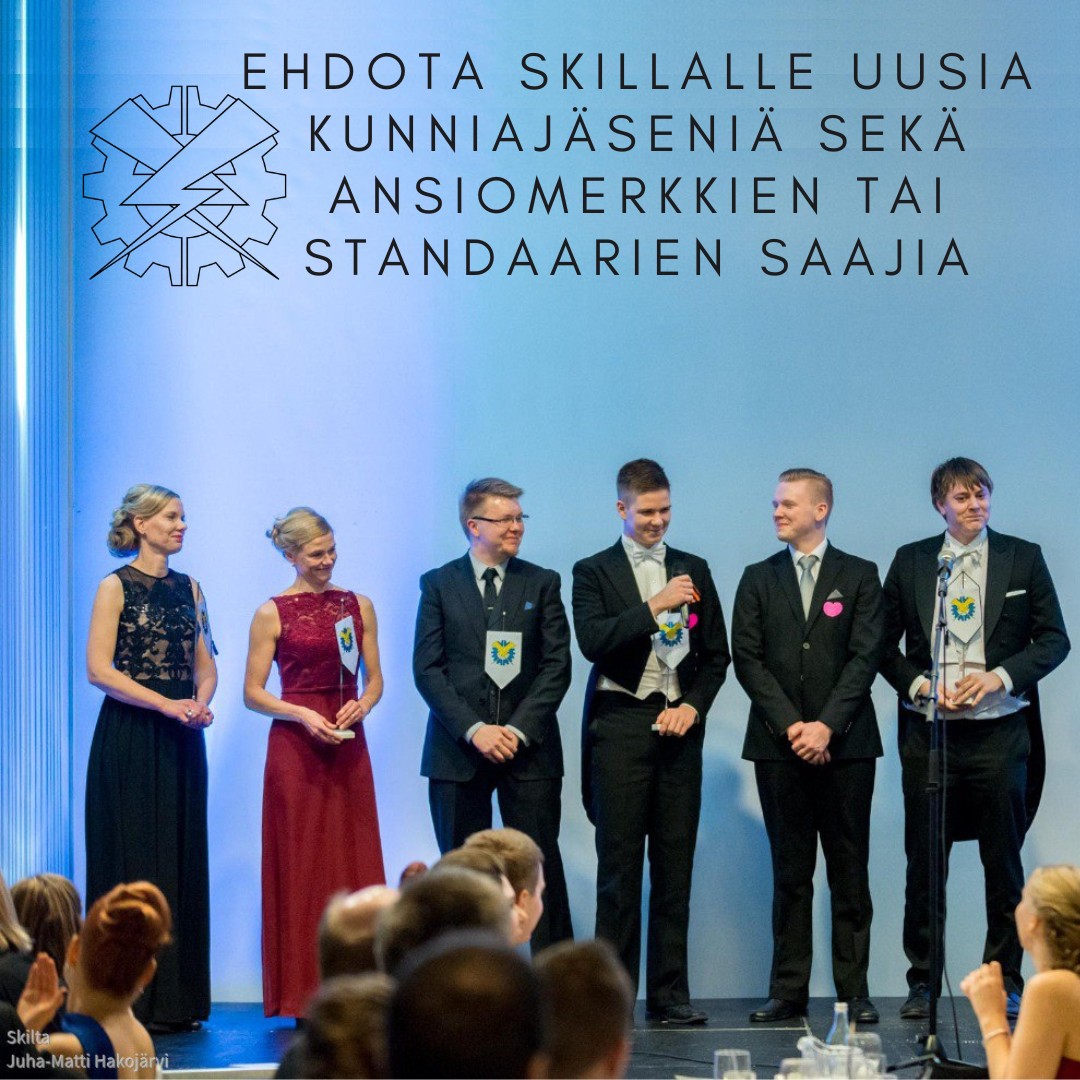 In connection with the upcoming 55th anniversary of our guild, various acknowledgements will be awarded to deserving individuals and communities. For the acknowledgements, we naturally want to hear the opinions and suggestions of members and alumni.

The guild can award several different acknowledgements. Of these, the guild's Honorary Membership, Silver Badge of Merit and Guild Standars have traditionally been saved for the even-year anniversary. In connection with Honorary Membership of the guild, a Badge of Honor is awarded.

The guild's Silver Badge of Merit can be awarded to a person who has promoted the guild's efforts with his selfless activity. The guild's silver badge of merit is worn by the current and former members of the board, as well as a few other Skiltans.

The guild's standard is awarded to a person or an organization that has contributed the guild's efforts with their activities or actions. During their existence, standards have been awarded along with other awards and separately to the guild's significant partners and friendly organizations.

There are no unequivocal criteria for awarding acknowledgements, and judgment is used in awarding them. So please propose recipients of acknowledgements with an open mind and include fair justifications in the proposal. Acknowledgements are awarded relatively rarely, so even those who have already left active guild activities behind can very well earn an acknowledgement. If you want, you can leave your contact information in the form in addition to the reasons, so we can ask more about the possible honoree.

You can propose awards on Skilta's website until 16th October 2022, the link to the form can be found here

This website uses cookies, including third-party cookies, only for necessary purposes such as saving settings on the user's device, keeping track of user sessions and for providing the services included on the website. This website also collects other data, such as the IP address of the user and the type of web browser used. This information is collected to ensure the operation and security of the website. The collected information can also be used by third parties to enable the ordinary operation of the website.